Minister of Railways and Commerce Piyush Goyal has lauded the novel idea of Indian Railways to invite filmmakers to promote their cinema projects on trains. The minister has also invited more filmmakers to use the medium of railways to reach out to the masses, using its Promotion of Wheels’ scheme.

Goyal tweeted his message on social media on Wednesday. “Railway’s Novel Idea of Promotion on Wheels: A special train will be travelling from Mumbai to Delhi on 16th-17th October, to promote the upcoming film, Housefull 4, along with the film’s team,” wrote Goyal on Twitter.

He added: “I encourage more filmmakers to use this route to reach out to the masses.” 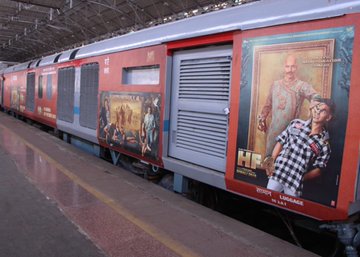 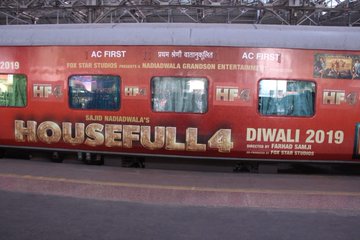 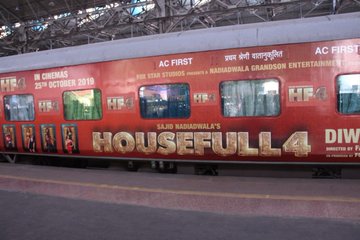 Bollywood superstar Akshay Kumar has hailed the new initiative of the Indian Railways, which allows filmmakers to book an entire train to promote their movies.

“This is a new idea, the Indian Railways has started this looking at our culture, to promote the culture. You can book the entire train and promote it throughout. I think it is a great idea. Sajid Nadiadwala and Fox Star Studios came up with an idea that we can do something like this and we got the permission very fast and here we are. It’s a great idea, which is gonna be fun,” Akshay said in a statement.

On October 16, the team of the upcoming comedy ‘Housefull 4’ became the first Bollywood film to travel from Mumbai to Delhi in a special promotional train called Housefull 4 Express. The stars of the film – Akshay Kumar, Riteish Deshmukh, Bobby Deol, Kriti Sanon, Kriti Kharbanda and Pooja Hegde – were accompanied by the film’s crew including producer Sajid Nadiadwala.

Housefull 4 will clash at the box office this Diwali with Rajkummar Rao-starrer Made in China and Taapsee Pannu-Bhumi Pednekar-led Saand ki Aankh.